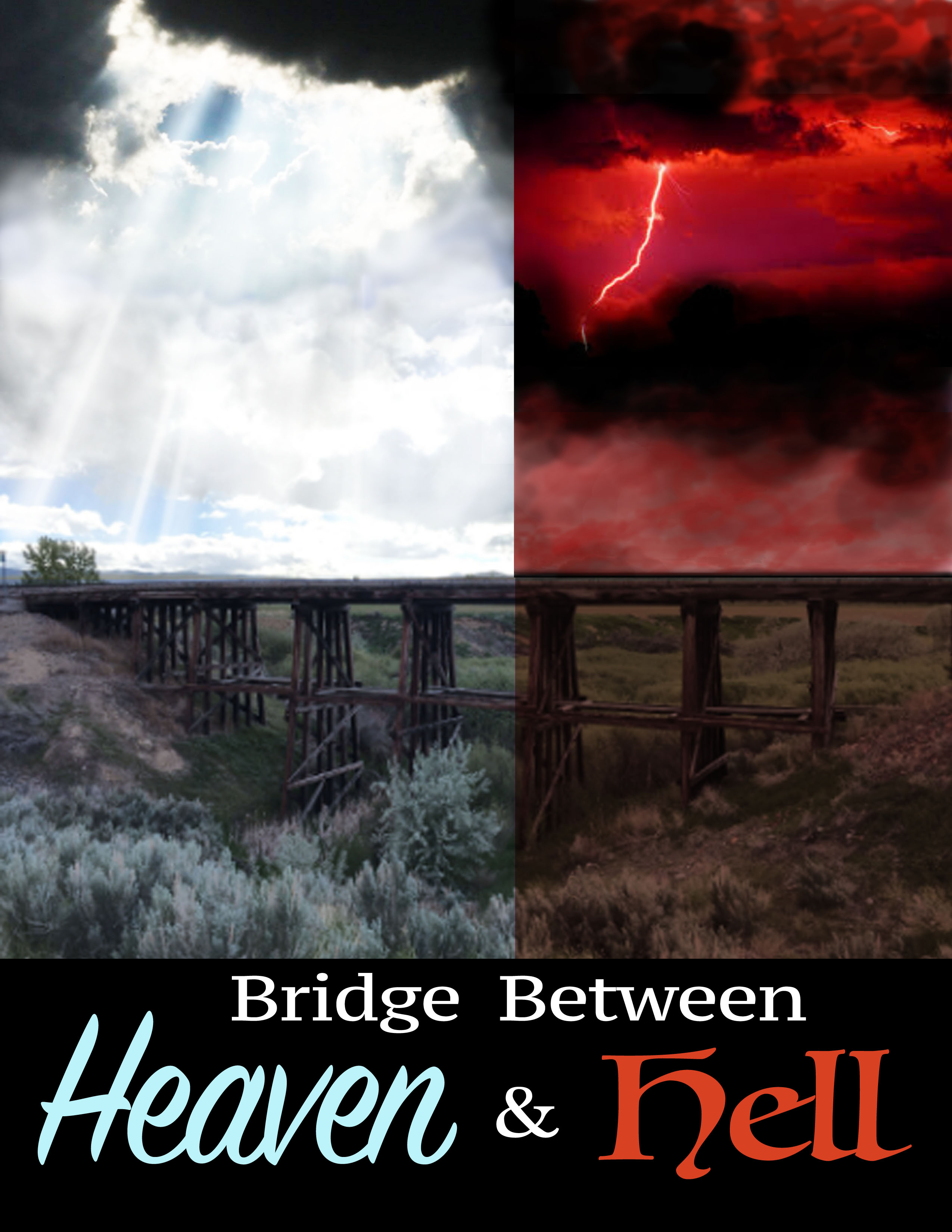 Everyone has seen the ragtag army that wanders aimlessly in a world without color. Some are lost in a twist of circumstance but the common denominator is, they are all looking for something. Some just need a handout of something to eat. Some need a warm coat or a blanket. Some just need to give or receive forgiveness. What they all need money and a fresh start, mixed with unconditional love and spiritual repair.

Bobby Jensen needed it all, but especially spiritual repair. He had been wandering aimlessly in his mind and on his flat earth for exactly a year now.  That was the day his world stopped turning. That cold gray day was in late winter and since then he quit trying to keep his life together as depression and his anger toward God pushed him over the edge. Bobby hadn’t prayed for a long, long, time, and he let the gravity of hell pulled him toward the Devils den. It was only a matter of time until he fell toward hell without a spiritual parachute.

Bobby’s hair was straight and dirty, it hadn’t been combed or washed for almost a year. His beard was thin, tangled and matted to one side. Bobby’s once muscular body had melted away to skin and bones as his ego disappeared. In the beginning of his journey to nowhere, Bobby would sleep in whatever shelter he could find, abandoned cars, condemned houses and of course dumpsters, which also provided the opportunity to eat. Occasionally he would stay at homeless shelters when it was too cold or wet on the open road. But he usually wanted to be alone where he could self indulge in the sorrow of, how come, what if, why me, and why her.

Lately Bobby chose not to beg or panhandle, he was more concerned with moving on, direction unknown. Sometimes good Samaritans would throw money out of a partially rolled down window of an expensive luxury car without even stopping. Bobby believed it was just a guilt driven offering to satisfy their Christian obligation.  Bobby once lived in the perfect world like the so-called good Samaritans that pushed a few dollars through the crack of a window. He knew their fear of the ragtag army kept them from finding the real story and offering real help. At first Bobby would pick up the money and buy some whiskey his new best friend. The first swallow or two of the devils painkiller always made him feel warm. But the rest of the bottle just helped him explore the word hate until he hated everything including himself. Lately when someone concerned with Christian salvation tossed money out the window, he just let it drift off in the wind. Bobby didn’t need money anymore, or care about his thirst or his hunger pains. He was only concerned about the proximity and the plan of the perfect end. Subconsciously Bobby was committing slow suicide on his slow death march, all he needed was opportunity and a push from the devil.

Bobby was now walking down an abandoned sugar beet factory railroad line in southern Idaho. It seemed like a good way for him to avoid the judging eyes of the possession worshipers like he once was.  Bobby was too disconnected from himself and everything around him to see that today was cold and gray just like the day his world quit turning. He was wet and the wind was cold, the drizzling rain had turned into a light blowing snow and Bobby was shivering uncontrollably. He walked along with the awkward rhythm trying to keep his worn out boots with no laces on his feet. He had spent most of the day cursing God, Jesus, and the Holy Ghost As he shuffled down the rail line. Sometimes he would stop and point to the sky and go on and on in an uncontrollable angry rant that left him on his knees coughing and breathless.  Bobby had lost all concern of his appearance on his journey to nowhere. He hadn’t looked at his own reflection for almost a year. He was totally unaware that he had a dry crust around his split dry lips that hadn’t touched water for days. Bobby was detached from his body, spirit, soul, and the world. He didn’t even know he was hungry or dehydrated anymore.

For months now the only thing that kept Bobby moving on was his fixation on death. He had been making his plan to find a clean fast end to it all. He wanted to find the perfect end that didn’t leave a mess someone had to clean up or create collateral damage that affected someone else’s life.  Bobby knew if he didn’t find the perfect end soon, that starvation or hypothermia would surely end his pain once and for all.

Bobby came to a railroad bridge that crossed the Snake River. He walked slowly looking down at the wild hypnotic motion of the brown water. Pieces of trees, large cottonwood root masses and all kinds of debris were floating by as if it was a planned exodus to a destination unknown. When Bobby reached the halfway point of the bridge he stopped and stood right at the edge watching the huge whirlpool behind the bridge abutment some 40 feet below. It was like a kitchen disposal, anything that got near it was sucked into the brown liquid hurricane and disappeared.  Bobby felt suddenly warm and he quit shivering. He felt overwhelming peace that he hadn’t felt for a year. Bobby took his makeshift bedroll and pack with everything left in his life and let it drop into the churning whirlpool. It instantly disappeared and never came back to the surface. Bobby took off his wet coat and let it drop into the whirlpool as well, it to quickly disappeared. Bobby then kicked off his worn-out boots into the chaos of the swollen river. Then he slowly removed his dirty shirt and pants and let them join his other belongings churning somewhere beneath the murky surface.

Bobby stood naked in blowing snow at the edge of Heaven and Hell, he felt warm. He thought about his wife Rachel on the other side hoping she could see what he was about to do. He hadn’t felt that warm since the last time he was in his hot tub with Rachel teasing and pleasing. He felt strangely exhilarated as he lifted his right arm and flipped the bird finger toward the sky and gave God his last message. “I did everything in my life to be like Jesus. I was always trying to be a Good Samaritan. I gave my money, my time, and my heart and soul. I gave you my gratitude in prayer and thanked you every day. I asked you to place people in need in my path so Rachel and I could help them. And then you thanked me for trying to be like Christ by taking it all away. I’ve asked you why you put evil in my path instead of helping me. Now I will never pray in pain again and I will never wait and wait to never receive your answer. The next time you see me I will be at the gates of hell and I could care less what you think.” Bobby then closed his eyes, and the Devil gave Bobby a gentle push.

Bobby stepped off the edge of the bridge that divided heaven and hell. The air felt incredibly warm as he fell toward the brown turbulent water. He hit the water hard and was instantly sucked into the giant whirlpool and disappeared beneath the surface. Bobby felt like he was soaking in a warm bathtub, he didn’t fight the turbulence of the whirlpool. He just let himself drift wherever the brown water took him. Bobby felt exhilaration without gravity and without guilt. He was totally overcome by a feeling of peace. There was no more hate, just an overwhelming feeling of unconditional love. No more need to be forgiven cluttering his mind. Bobby had no more questions of why tangling his thoughts, just total indifference to all negative emotion.

The Bridge Between Heaven And Hell-
A Story About Changing Preconceived Perceptions About God,
Book 1   of   Unlikely Disciples.
© Paul H. Keeler… A Cosmic Cowboy